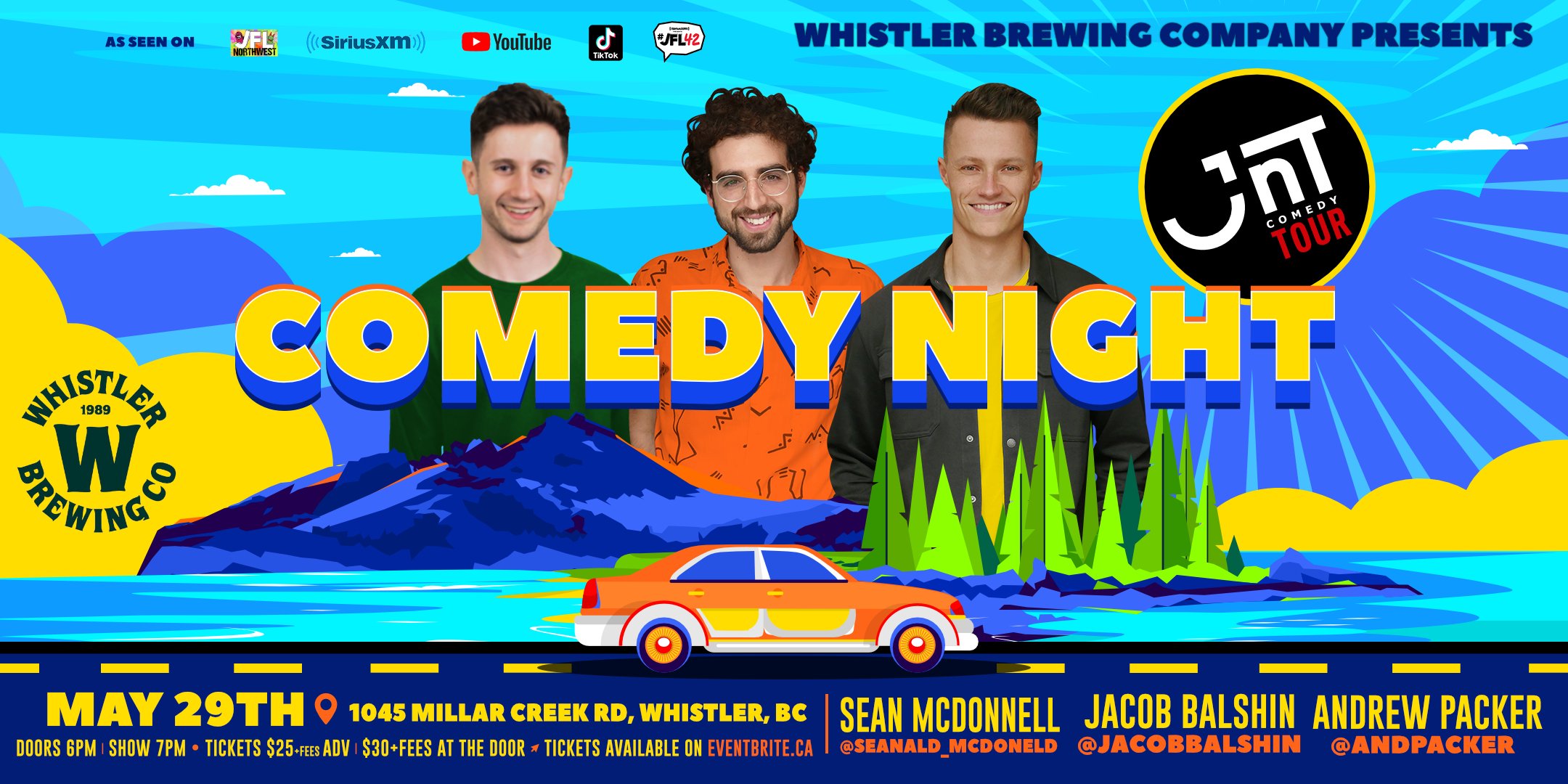 The JNT Comedy Tour is one of our nation’s largest comedy tours, with shows across Canada from coast to coast! This show features three of Canada’s fastest rising talents and collectively they have amassed over 100 MILLION views on Youtube & Tiktok.
Andrew Packer’ comedy has earned him over 750K followers on Tiktok (@andpacker), Jacob Balshin is fresh off a taping for CBC’s LOL network & Sean McDonnell’s album “All in my head” recently went #1 on Itunes.
See them live at Whistler Brewing Company for one night only as part of their tour of Western Canada!